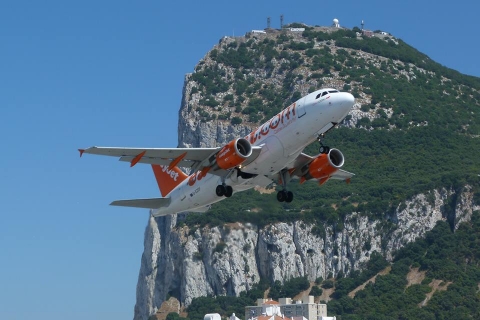 easyJet has today celebrated its first year of operations on the Bristol – Gibraltar Route. The service, which commenced on 19 April 2015, has carried over 35,000 passengers in its first year. Operating on Tuesdays, Thursdays and Sundays, services have been operated by the carrier’s 156 seat Airbus 319 type.

Commenting on the anniversary, Samantha Sacramento MP, Minister for Tourism, Her Majesty’s Government of Gibraltar, said ‘we would like to congratulate easyJet on their one year anniversary of the Bristol – Gibraltar route, which proved an immediate success since its launch.  We continue to work with the airline to continue growing this route and explore the possibility of new connections to regional departure points in the UK.’

Ali Gayward, easyJet’s Head of Gibraltar commented ‘“We were delighted to launch this new route to our network from Gibraltar last year and since its launch we have continued to see an increased number of travellers looking to fly with easyJet on our Gibraltar routes - especially on this route to Bristol. This new service has proven popular with both business and leisure travellers and this can be attributed to the affordable fares on offer and the flight time of just over two and a half hours”.

“We remain fully committed to serving Gibraltar and supporting the growth of tourism and business through our easy and affordable fares.”