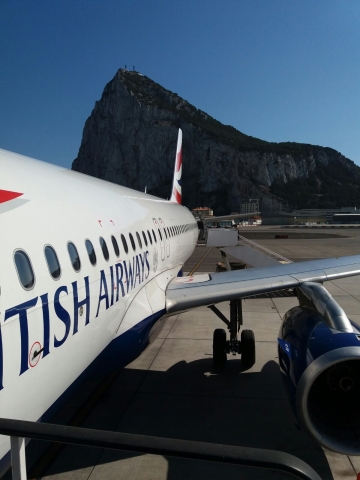 British Airways today announced an increase in the number of services between London Heathrow and Gibraltar for the forthcoming winter 2018 season. Starting on the 28 October, frequency will be increased from the existing 9 per week in the winter period to 13, an increase of 44% in seat capacity, or 1,344 extra seats weekly. The service will operate double daily except on Fridays, with lunchtime and late afternoon departures from Gibraltar on weekdays, and early and late afternoon departures on Saturdays and Sundays.

The Hon Gilbert Licudi QC MP, Minister for Tourism and Commercial Aviation, said: ‘this is great news and shows confidence in Gibraltar by British Airways in launching these additional four weekly services in the winter period, highlighting the demand that exists for seats year round. These services will also open up connection possibilities all around the world with British Airways and airline partners via their London Heathrow hub, opening Gibraltar to the entire world with just one stop in London.’

Flights are now available to book on www.ba.com